The company pioneered the development of a safety elevator, invented by “Elisha Graves Otis” in 1852. Otis was founded in 1853 in New York.It is the world’s leading manufacturer and service provider of elevators, escalators and moving walkways. It manufactures, develops, and markets escalators, elevators, moving walkways, and related equipment.

Some of the world’s most famous structures like the original World Trade Center, The Twilight Zone Tower of Terror, the Eiffel Tower, Burj Khalifa, Empire State Building, Petronas Twin Towers, CN Tower, the Winchester Mystery House, the Hotel del Coronado, the Demarest Building (first electric elevator), the Singing Tower at Bok Tower Gardens, and the Skylon Tower have Otis elevators installed in them.

Their safety elevator used a safety device that prevents elevators from falling if the hoisting cable fails. OTIS offers products and services in 200 countries and territories of ultimate quality, safety, and style. That’s the commitment of 26 engineering centers and 11 test towers around the world. Currently, it controls about 22 per cent of the world’s elevator market. “Poma-Otis Transportation Systems” is a joint venture between Otis and the French company Pomagalski to promote these products. 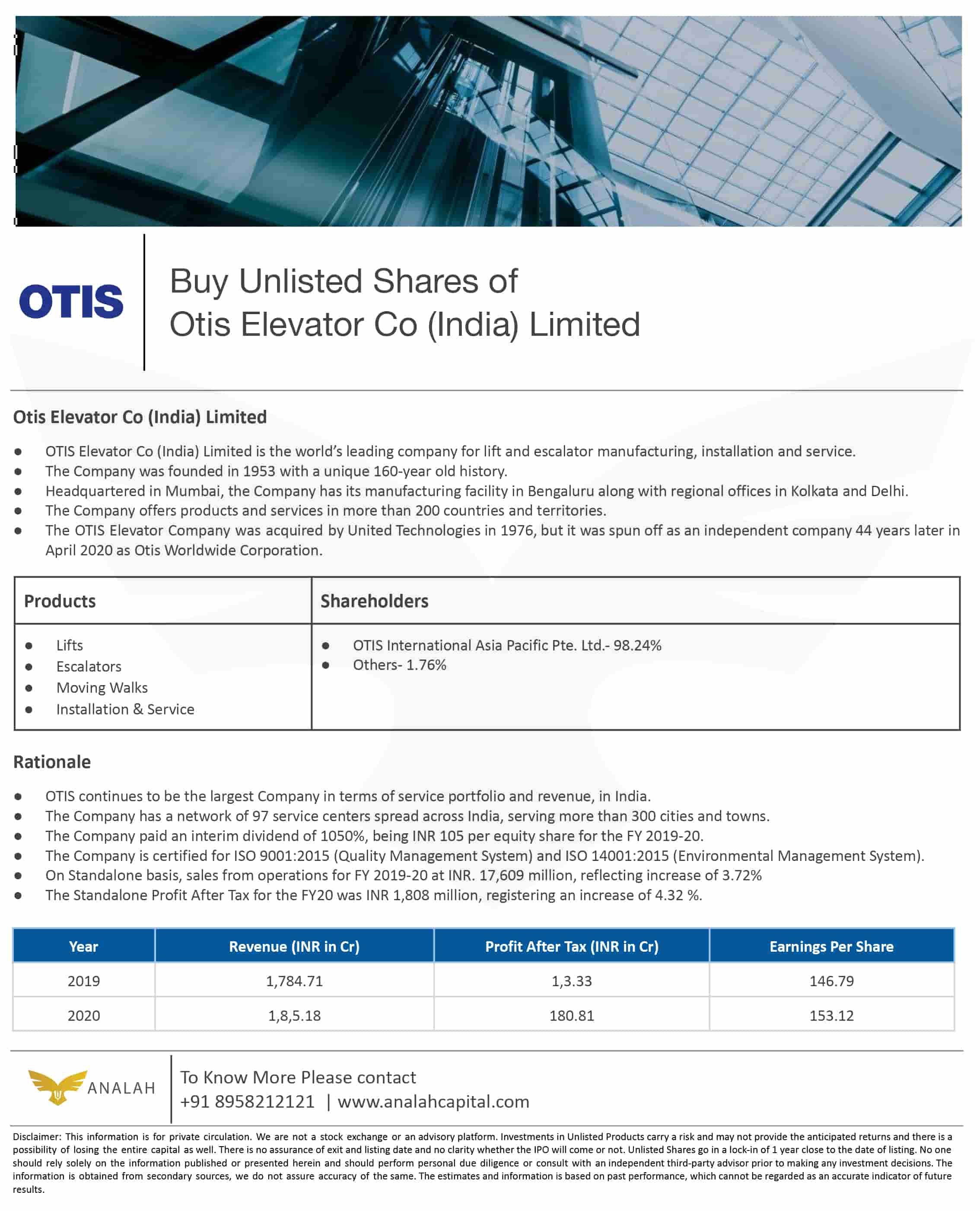 Please share your details. We assure to get back to you on priority.